Hartington Lodge’s IPM made a visit to Trisantona Lodge 3962 to hear a talk by a good friend of his – W. Bro. M. Maxted.

This was based on a Lecture from a Canadian Mason from around 1995 (if my memory serves me correctly – it seldom does). W. Bro. Maxted re-wrote the talk as a lot of it was relevant for UGLE.

There were a number of younger Masons present who had come to hear the talk and an enjoyable evening was had by all.

Thanks must also go to W. Bro. D. Osborne for his hospitality and the members of Trisantona for theirs.

Saturday saw the Annual meeting of the Provincial Grand Lodge of Derbyshire. Freemasons from all over the country gathered together to see a number of Brethren be given Provincial Appointments and also the launch of the 2025 Derbyshire Festival.

This was also an opportunity to purchase the new Derbyshire Festival Tie. 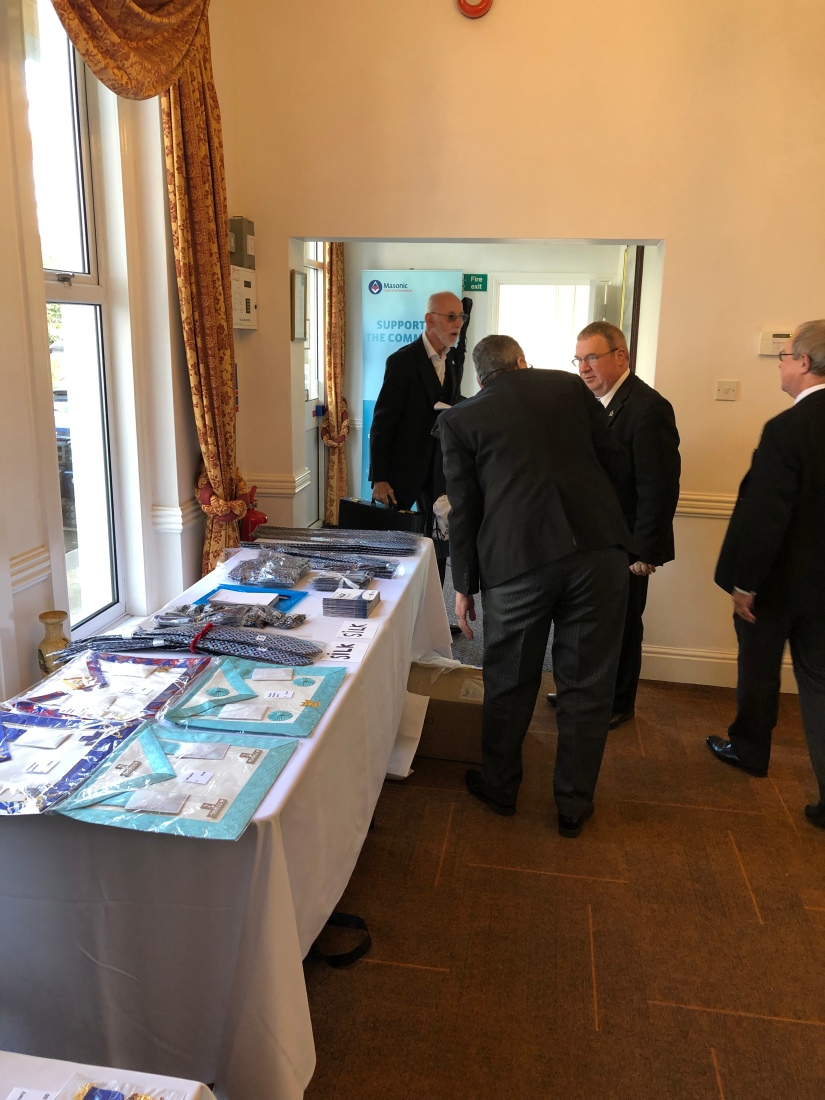 A target has been set by the Provincial Grand Master to raise £1.5 million for the Masonic Charitable Foundation and it was a great surprise to find out that we’ve already raised over £150,000.

The new tie is being modelled by three of the Province who were selling it on the morning.

Our Senior Warden, Worshipful Master and Immediate Past Master, all wearing their new ties.

The temple starting to fill up before the proceedings started. 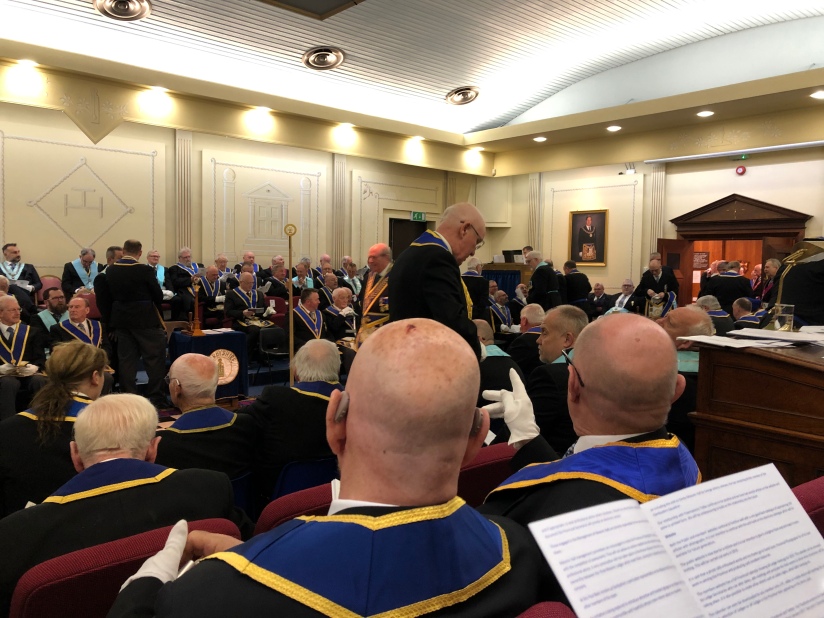 As can be seen from the photos, it was a packed temple and an enjoyable time was had by all those who attended. 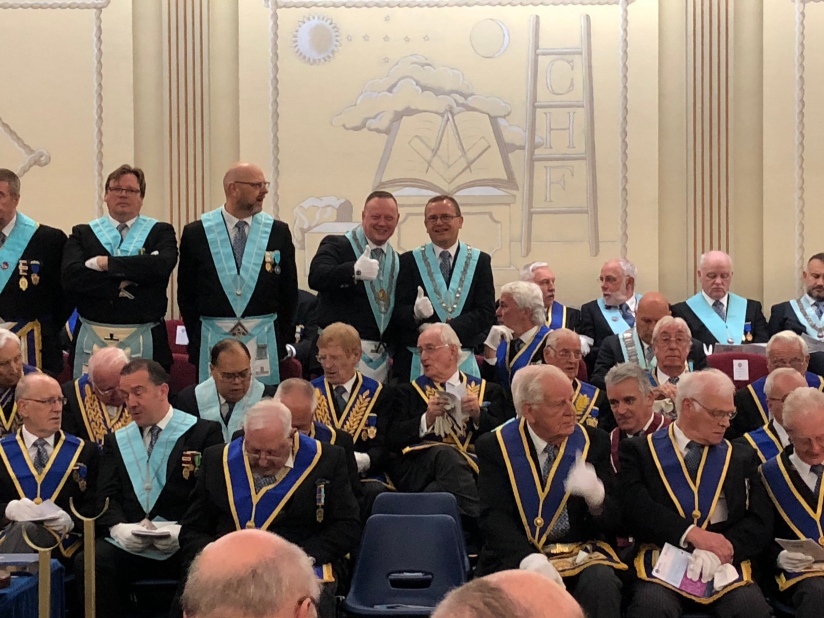 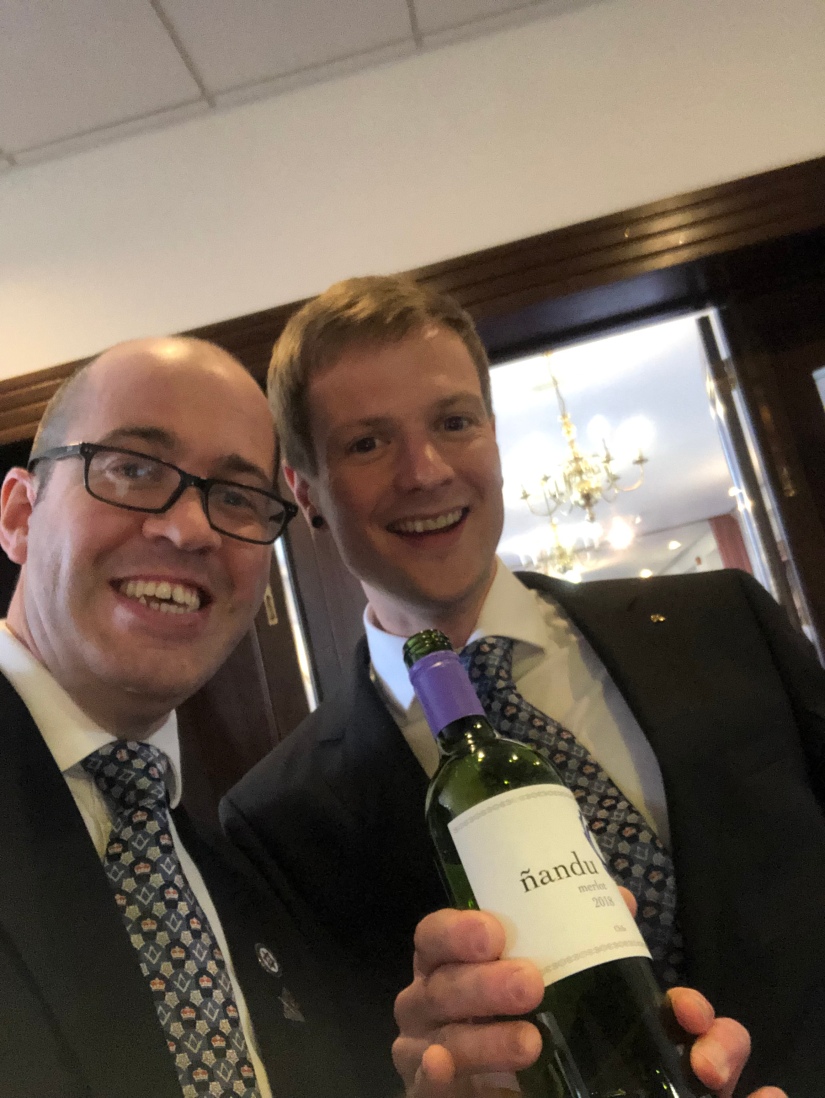 The after proceedings concluded with the Festive Board and a couple of sociable drinks in the bar! 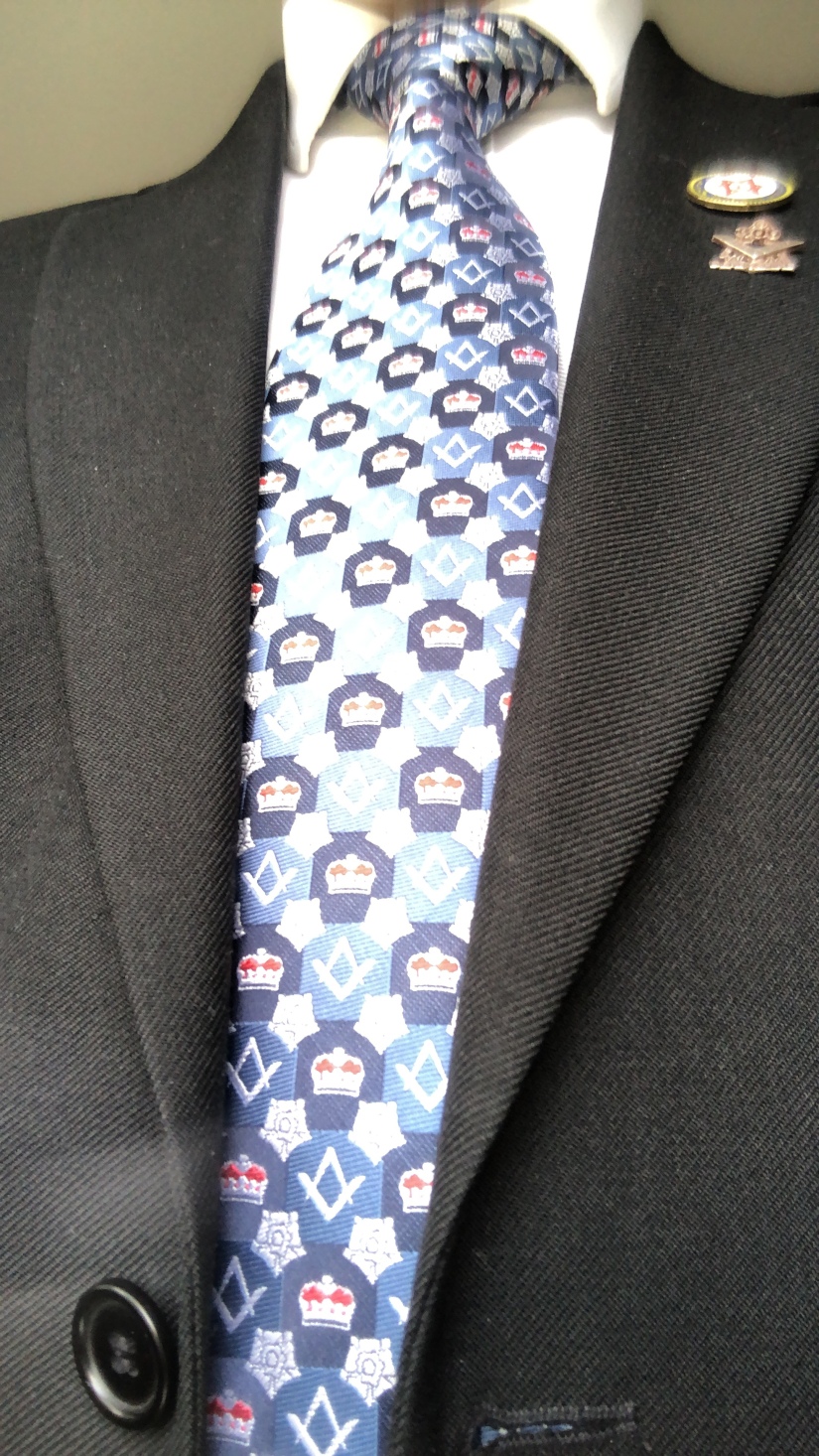 Wednesday 3rd April was a great night for Derbyshire Freemasonry in general, but Hartington Lodge in particular.

The evening started off with a successful ballot, for a new Initiate. His Proposer and Seconder can be seen below. He will be Initiated into Hartington Lodge on Wednesday 1st May, if anyone’s interested?

Next we welcomed our newest joining member Brother Adam, from Duchess of Portland Lodge in our neighbouring Province of Nottinghamshire. He can be seen below with his Proposer and our Worshipful Master.

The evening concluded with the Raising of Brother Ian Johnson, carried out in an exemplary manner, by our Worshipful Master and a delegation of Past Masters. He can be seen below being congratulated by the Worshipful Master.

The final part of the evening was a tasty Festive Board, where we had pie. Our Worshipful Master likes his pie!

A great night for Derbyshire a Freemasonry in general.

As always the meetings are very short, as the main purpose of the evening is to receive a talk.

March was no exception and we received a talk from W. Bro. A. R. Baker, entitled “What makes Bristol so special”. W. Bro. Baker is an esteemed Mason, being a Past Master of Quatuor Coronati Lodge, so he’s all too familiar with presenting Lectures and very interesting it was too.

The Lodge was well supported, but unfortunately the Worshipful Master wasn’t able to attend, having had an operation on his foot.

Present were a number of the Association of Tercentenary Masters (shown below). One of which being our Immediate Past Master. They are pictured with W. Bro. Baker (centre).